Here's an overview of what we have done already throughout Q1 2018:

Groestlcoin BIP39 is a tool for converting BIP39 mnemonic phrases to addresses and private keys.

Electrum-GRS has been updated from version 2.5.4 to 3.0.6 - That's quite a jump! But as we saw with Electrum 2.7 and the vunurabilities that were found several months after release, you cannot be too careful. We are as sure as we can be that Electrum 3.0.6 is the most secure version of Electrum to date. Additionally this version brings with it BIP0032 addresses. You can now create a Segwit wallet with Electrum which will give you addresses that start with 'grs1' instead of 'F'.

Please note that some exchanges and pools may not yet recognise these addresses and consider them invalid whilst they update. Along with the release comes 'Replace-By-Fee', which allows you to increase the fee of a transaction if it has not confirmed quick enough (Not an issue we currently will have with Groestlcoin but it's a nice feature! There is so much that has changed with the wallet so have a read through the release notes, upgrade and have a play!

Features:
• Encrypted wallet - the file that contains your groestlcoins is protected with a password. You are protected from thieves.
• Deterministic key generation - If you lose your wallet, you can recover it from its seed. You are protected from your own mistakes.
• Instant on - the client does not download the blockchain, it requests that information from a server. No delays, always up-to-date.
• Freedom and Privacy - The server does not store user accounts. You are not tied to a particular server, and the server does not need to know you.
• No scripts - Electrum-GRS does not download any script. A compromised server cannot send you arbitrary code and steal your groestlcoins.
• No single point of failure - The server code is open source, anyone can run a server.
• Transactions are signed locally - Your private keys are not shared with the server. You do not have to trust the server with your money.
• Firewall friendly - The client does not need to open a port, it simply polls the server for updates.
• Free software - Gnu GPL v3. Anyone can audit the code.
• Written in Python - The code is short, and easy to review.
• User Friendly - Support for Groestlcoin URIs, signed URIs and Groestlcoin aliases
• No Lock-In - You can export your private keys and use them in other groestlcoin clients.
• No Downtimes - Electrum-GRS servers are decentralized and redundant. Your wallet is never down.
• Proof Checking - Electrum-GRS Wallet verifies all the transactions in your history using SPV.
• Cold Storage - Keep your private keys offline, and go online with a watching-only wallet. Sign transactions from a computer taht is always offline. Broadcast them from a machine that does not have your keys.
• Multisign - Split the permission to spend your coins between several wallets using parallel BIP32 derivations and P2SH addresses ("2 of 2", "2 of 3"). Compact serialization format for unsigned or partially signed transactions, that includes the BIP32 master public key and derivation needed to sign inputs. Serialized transactions can be sent to cosigners or to cold storage using QR codes
• Cosigner Pool plugin - encrypted communication channel for multisign wallets, to send and receive partially signed transactions.
• Get noticed - Run a public Electrum-GRS server, publish your message and reach thousands of Groestlcoin users

To go with the Electrum 3.0.6 multi-platform desktop release, comes updates to Electrum-GRS for Android and Blackberry too. This includes BIP-0032 and BIP-0039 which allows for the using of Non-Native and Native Segwit addresses which bring with it potentially lower and faster fees (As if we need that!). You're also now able to request an amount when requesting a payment and the ability to spend your own unconfirmed 'change' from transactions. Along with that technical stuff, this update comes with a very welcome slight UI refresh and a good round of bug bustin'!

Features:
• Exchange rates for various national currencies
• Manual receiving address management (enable in settings)
• Wallet only needs to be backed up once, on initial creation.
• Wallet backup consists of simple list of 12 common words (BIP-0039).
• Empty the wallet with 1 click
• Automatic connectivity management with fast reconnects and detection of network change
• Password protect your recovery phrase
• Top security - Electrum-grs uses bank grade technology. Your money is kept safe by guaranteeing that your private keys will never leave your gadget. The user has absolute control
• Warning if there are no connections to the Electrum-GRS servers
• Click on any addresses to edit the label or copy it
• Support payment URIs requests from browsers and other apps

Sentinel for Android and Blackberry has also been updated to v2.7.1 and brings the view-only wallet into the Segwit era. Allowing to track your Segwit wallets (paper included) all in one place. It brings more security with haptic PIN entry support and using HTTPS for the block explorers (of which there are now more than ever). A highly requested feature to be able to refresh your balances has also been included.

Our website went through an overall upgrade, new graphics and a faster loading time which match the speed of GRS transactions.

The community has been hard at work with development projects this quarter, aiming to push Groestlcoininto new sectors.

The community has been primarily focused on Gamers this quarter since Gaming has become a very large and tech-savvy industry it makes sense to target this market. However, there is a lot of stigma regarding cryptocurrencies with gamers, since mining has driven up the price of Graphics cards towards the end of 2017 and early 2018, the gaming community is, in a large part, quite split into the pros and cons of Cryptocurrency.

We think there is some middle ground to resolve conflicts that gamers/streamers and cryptocurrency enthusiasts currently have.

Streamers are facing a huge issue with Paypal donations and that of chargebacks - It makes declaring their incomes all that more complicated along with knowing just how much you're earning whilst streaming, and a whole host of other issues.

The Groestlcoin community has developed a completely trust-less wallet-to-wallet donation system with the Streamlabs API. There is no third-party handling the transactions and makes the platform impossible to monetise via fees at a later date like some others are considering.

Donating to streamers via a proof-of-work cryptocurrency, such as Groestlcoin, solves a lot of these existing issues.

The transaction is instant and the network fees are almost zero (0,0001 $).

1. There are NO chargebacks - Like donations should be. Once you receive your cryptocurrency, they are yours and cannot be refunded/charged back. This makes ALL donations SERIOUS donations.

2. People who watch streamers historically tend to have gaming PCs with graphics cards, or high-powered processor to game themselves (With the exception of console gamers, I suppose). Also, whilst you're watching streamers play their games, you aren't likely to be using your graphics card to game.

How great would it be to be able to watch your favourite streamers, whilst earning money that you can either keep or donate, without ever touching your bank account? The Groestlcoin community feels that this is a better and more secure way to earn and send cryptocurrency donations. You can mine Groestlcoin directly, or mine whatever is the most profitable for your hardware and convert it to Groestlcoin (NOTE: MiningPoolHub does this automatically if you enable it!).

Vortex is a multi-platform SPV light-wallet with a simplistic, minimal design language for newcomers to Cryptocurrency as well as Veterans who like a simple and sleek design. The wallet has been carefully engineered to not be confusing. All of the bloat and complexity has been stripped out to produce a simple and fast wallet. 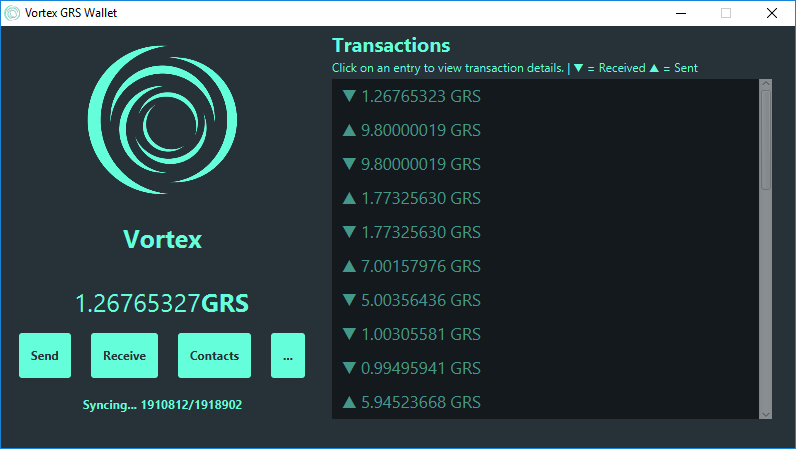 Here are the changes we've made to GRS X: 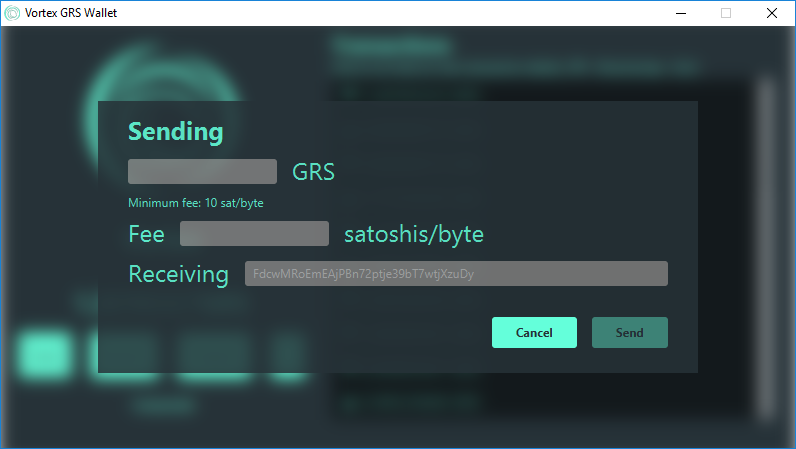 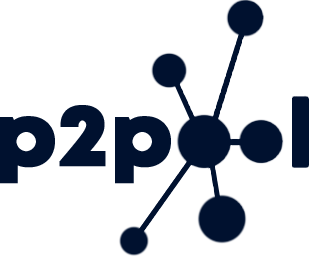 Groestlcoin is one of the only coins around that you can still solo-mine, this is THE most decentralised solution to mining, however, you can go days without any reward if you don't have enough GPUs, so it isn't practical for most. In an aid to further support and decentralise the Groestlcoin network, with the help of the developers, the community has updated the Groestlcoin P2Pool. People can now host P2Pool networks for people to mine on and can receive smaller, but more consistent rewards for mining. You can view a list of compatible pools here: http://grs-fr.catpool.io:8080 (More on that soon).

P2Pool is basically a more decentralised pool. Rewards are shared among everyone who mines in the global pool whenever P2Pool finds a block. To learn how to create a node, please go here: https://groestlcoin.org/forum/index.php?topic=306.0. Hosting a node comes with the benefit of a block finder’s fee that you can set if your local pool generates a block and can be run alongside other coins P2Pools.

To accompany the P2Pool relaunch, we have also updated the Node Scanner which is run alongside (or rather, on top of) the P2Pool node. This scans the network for other P2Pools and produces a list of nodes in an index.html page.

CryptoGinger/MoGinger for some beautiful promotional videos over the past few months:

Tanariel (Discord tanariel#4076) for running nodes and getting the P2Pool node scanner up and running.

Also a special thanks to the owner of Suprnova for helping get P2Pool up and running on the more technical side.

One more thing that has been done within this 3 months, before release, is Groestlcoin being added to the third-party multi-wallet Coinomi. As a small team, we don't take being added to third-party wallets lightly - We are fully aware that they are entirely out of our control if the wallet, for some reason, disappears. However, Coinomi is different, we have our own Electrum wallet that is fully compatible with Coinomi to recover your funds in such an event.

You can now store your Groestlcoin securely on your mobile along with all your other cryptocurrencies that are supported there, this also paves the way forward to be being added to Shapeshift in the future.

Note: We are very cautious with third-party wallets. In case anything ever happens to Coinomi, we have created a recovery tool so you can still access your funds in this event: https://groestlcoin.org/bip39-standalone.html

Note 2: There is also an issue with the Coinomi wallet that generates invalid XPUB keys (extended public keys). We have given them the solution but are waiting for them to implement the fix.

Note 3: The Coinomi Wallet is no longer open-source. Use this wallet at your own risk.

Short after this release, Groestlcoin (GRS) will be listed on new exchanges. We can't impose a specific release date to exchanges, but we assure you that GRS community will be happy.